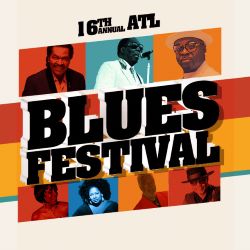 Shirley Brown is a best known for her million-selling single “Woman to Woman”, which was nominated for a Grammy Award in 1975.

Clarence Carter taught himself to play guitar while attending the Alabama School for the Blind in Talladega. Carter is best known for his 1970 hit “Patches.” The 1980s hit “Strokin’” is also a fan favorite.

Latimore was inducted into the Blues Hall of Fame in 2017. Hailed as an artist whose music has stood the test of time, Latimore’s songs, which he wrote in the 1970s and 1980s, are as relevant today as they were back then.

Blues singer, guitarist, and bandleader Theodis Ealey has earned his nickname as “the Bluesman Lover.” Ealey first made his name working with some of the best names in the blues, but he’s also won an avid following for his R&B tunes about love.

Melvia “Chick” Rodgers-Williams, to give her full name, was born in Memphis. She began to sing in church with her father then grew musically in the `80s, becoming soloist in the group Clockwise. In 1989 she moved to Chicago, home of the blues and here her fame grew thanks to her strong soul voice. She began to be known outside the United States with tours in Europe and Japan.