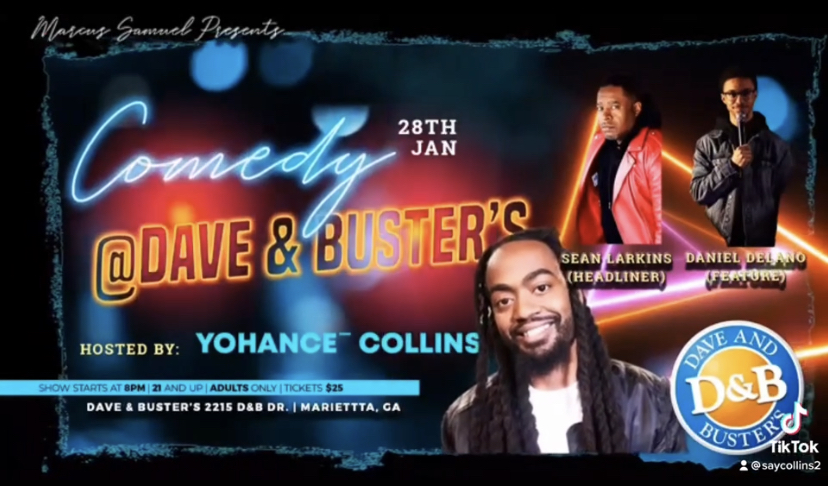 Laugh all night at Dave & Buster’s Comedy Show produced by Marcus J Samuel. Comedian Yohance Collins will be hosting this event. He has been seen on Revolt TV, TV One, and 85 South Show. Comedian Sean Larkins will be headlining this event. He has been seen on B.E.T. comic view, P. Diddy Bad Boys of Comedy, and many other networks you love. This event will last from 8 p.m. to 10 p.m.