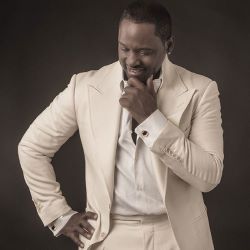 Dream Productions and DMS Productions produce a night of R&B and Blues to raise funds for the building of a Community Multi-Media Technology Center (CMMTC) to be located in East Point, Georgia.  CMMTC will be a Technology Introduction Community Based Center to expose inner city youth and young adults to the Multi-Media Businesses, Radio, Television, Sound Recording, Cinematography, Photography and other related fields.  Our slogan is “OPPORTUNITY THROUGH EXPOSURE”.  Center Participants will work on multi-media projects of interest as well as attend lectures and classes taught at the Center by professionals throughout the industry while remaining true to the slogan “OPPORTUNITY THROUGH EXPOSURE.”

Johnny Gill Jr., is an American singer-songwriter and actor.  Gill is the sixth and final member of the R&B/Pop group New Edition recording three studio albums with them.  He also teamed with Gerald Levert and Keith Sweat to form R&B super group LSG who had the hit “My Body.” As a solo artist, Gill proved he could thrive on his own with the smooth ballad “My, My, My” and the upbeat dance track “Rub You the Right Way.” Game Changer II is a sequel to the 2014 Game Changer.
Karyn White is known for several hit singles including “Superwoman”, “Love Saw It”, “Secret Rendezvous”, “The Way You Love Me”, and the US Hot 100 No. 1 single “Romantic.”

Jesse James is a Deep Soul/Blues singer known for his hit song “I Can Do Bad By Myself”and “Cheating In the Next Room.”
Rodney Perry is a Comedian, Actor and Writer.  He is known for serving as co-host on BET’s late night talk show The Mo’Nique Show.  He has an extensive resume including acting in Tyler Perry’s “Madea’s Big Happy Family.“  In addition to acting roles, Perry constantly tours with his stand-up act.