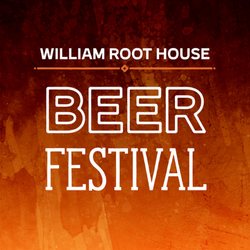 Enjoy a selection of local beers from Red Hare Brewing & Distilling and Glover Park Brewery, including some crafted using hops, fruit, and herbs grown and harvested from the gardens at the William Root House, at the 7th annual Root House Beer Festival! Welcome country singer Cody Bolden and his band for another year at the festival.

It’s sure to be a fun evening, so get tickets and bring your friends to this exciting event!

About the William Root House:
Built during the 1840s, the Root House was originally owned by Marietta’s first druggist, William Root. William would have grown many medicinal plants in his garden, including hops, which would have been used to relieve sleeplessness and anxiety.