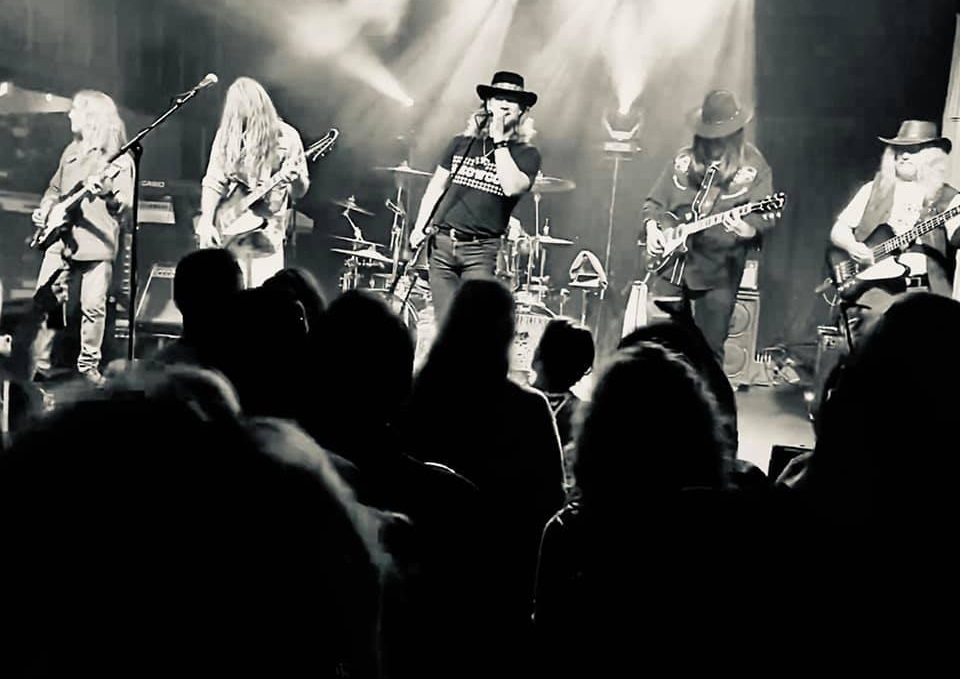 Brought together by luck, fate, devotion and drive, the members of SkynFolks pledged to create a band that would exactly reproduce the music of Lynyrd Skynyrd. No improvisation allowed — every part had to be played exactly like the original recordings. Constant practice honed the music like a razor. What emerged when they finished has never been done since the days of the original Skynyrd lineup. Totally authentic, accurate renditions of the music on the first 5 Lynyrd Skynyrd albums.

In the last two years, SkynFolks has played in venues of all sizes, including festivals, theaters, clubs, private parties, and concert halls. These performances helped the band build a rapidly-growing, enthusiastic fan base, many of whom have followed our performances to venues across the Southeast.

It’s been a labor of love for SkynFolks to provide the kind of high-quality, authentic experience that honors the legacy of Lynyrd Skynyrd. SkynFolks provides a home for hardcore Skynyrd fans, and as those fans will attest…

Get the VIP Ticket Package and have early access to seating, two drink tickets, a meet & greet with the band, a short private concert, and a poster signed by the band!