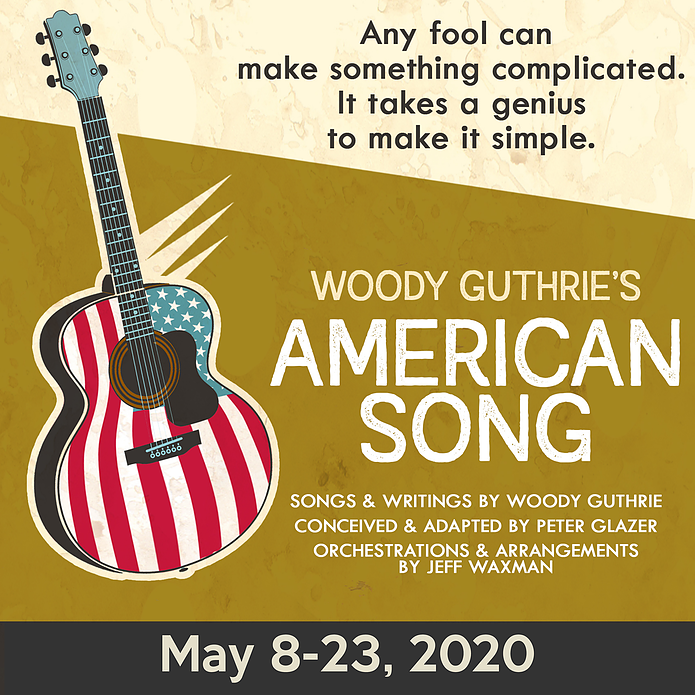 An exuberant musical celebration of America, Woody Guthrie’s American Song tells the life of the rambling folk singer through his words and music. After its debut in 1989, the musical has traveled all over America to rave reviews.

The show explodes from the stage, and if anything, feels more urgent and more exciting than it had nearly a quarter-century ago. Woody’s message hasn’t lost a drop of relevance, and his music still packs a wallop.

Out of Box Theatre
GA