WEEKEND ON THE COBB ALE TRAIL

Leave the work week behind, and escape to another brewniverse just north of Atlanta in Cobb County, Georgia. Use this weekend beer itinerary to travel down the Cobb Ale Trail to a variety of totally unique breweries. Take in each distinctive vibe while savoring flavor combinations exclusive to Cobb. This self-guided tour is sure to cure what ales you. 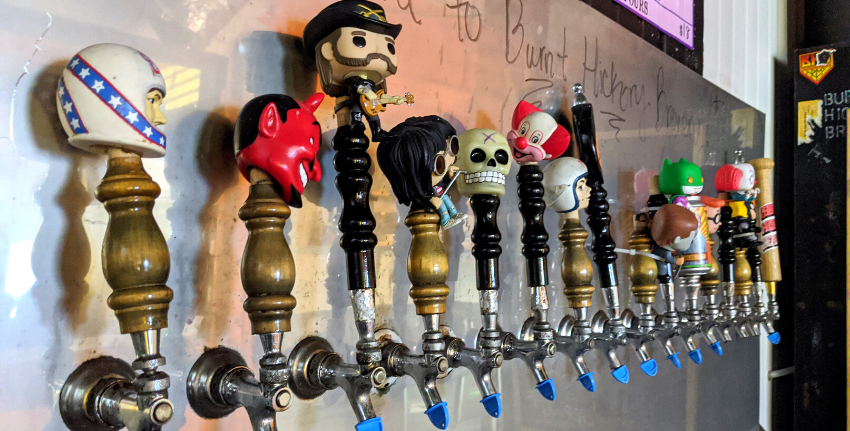 Start your tour at Burnt Hickory Brewery in Kennesaw for a true taste of the local beer scene. Created by an Emmy Award-winning TV cameraman turned brewmaster, this eclectic brewery is chock full of punk-rock personality. Try the “Big Shanty” (the original name of Kennesaw), a stout made from real graham crackers! 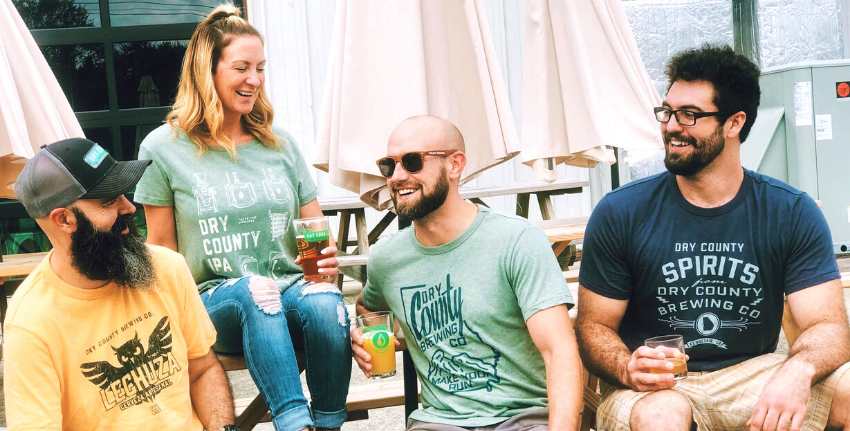 Travel two short miles to Dry County Brewing Company, a rare brewery/distillery combo offering flavorful beer and spirits until midnight. Hang out in their roomy taproom or on the patio sipping their “Kennesaw Bourbon Ale.” This unique strong amber ale has been aged on American oak used in the Dry County Spirits operation, creating a delicious vanilla and oak character. 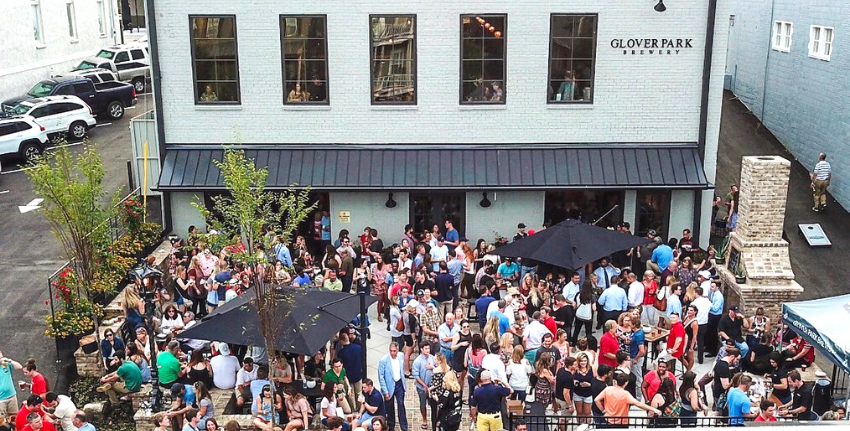 Begin your Saturday explorations by filling your belly with yummy local street food at Glover Park Brewery in Marietta. A different food truck is on site every Saturday around noon. Don’t forget to head through their beer garden into the atmospheric taproom to taste crafty suds and play their huge assortment of games. “Base Camp” and “Some Beach” are two easy-drinking beers that are usually on draft.

*Try hopping on the Marietta Beer Bus for the next part of the tour. Learn more 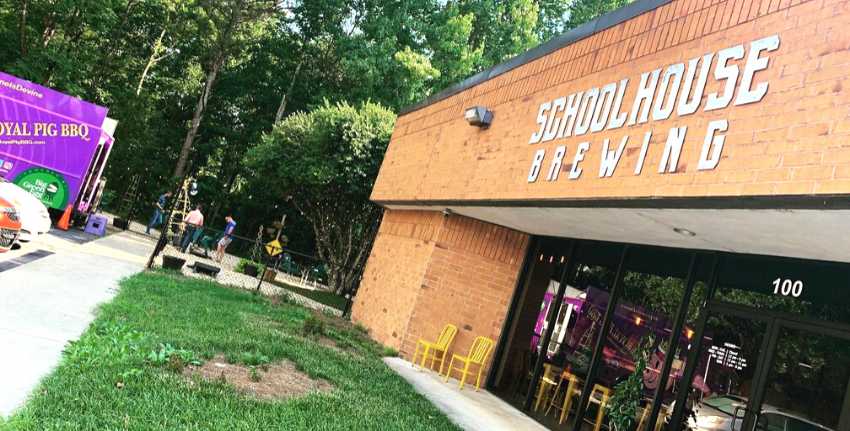 Four short miles from Glover Park is Schoolhouse Brewing, a Marietta brewery carefully crafted by two former educators. They are stirring up the brewery scene, offering 20 rotating draft beers (no “core” or “flagship” brews), meaning new brews each time you visit! Ask their sweet team members for a recommendation or for any of the recipes and they’ll hoppily hand it over! 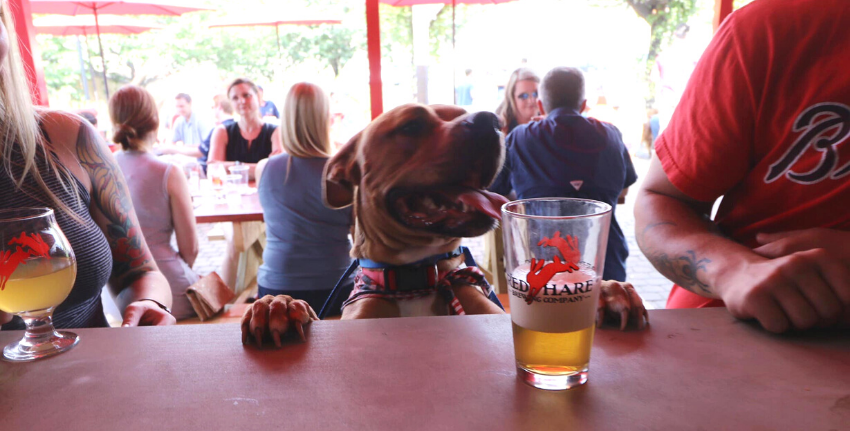 Red Hare Brewing Company is less than one mile from Schoolhouse and offers six year-round beers in addition to seasonals, craft sodas, and hard seltzers. On comfortable afternoons you can expect the doors to be rolled up, with kids and pups playing on the patio. Locals recommend trying something fruity from their popular SPF 50/50 line. 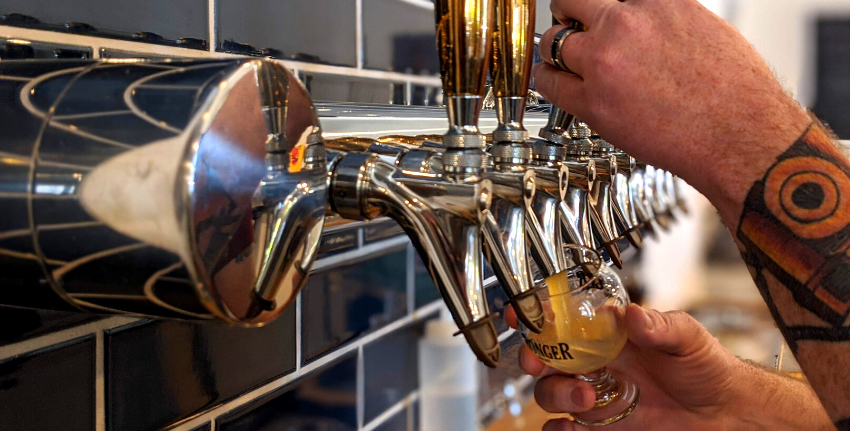 Finally, end at Ironmonger Brewing Company, a hidden gem located three quarters of a mile from Red Hare. Step into their renovated taproom and grab a flight of their award-winning beers. For the daredevils at heart, this brewery also offers axe-throwing. Be sure to call ahead and make reservations if you want to rent a lane. 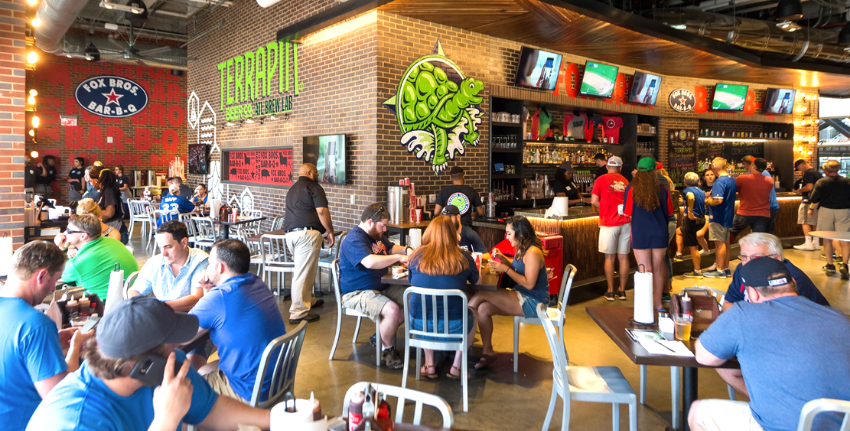 Sunday funday begins with lunch at at Terrapin Taproom, located just outside Truist Park, home of the Atlanta Braves. Gameday parking can be tricky, but when the Braves are away, parking in adjacent decks is free for up to four hours. Enjoy a heaping helping of Fox Bros. Bar-B-Q and a tall glass of bubbling brew. “Chopsecutioner” is the local specialty, brewed particularly for Atlanta baseball fans. 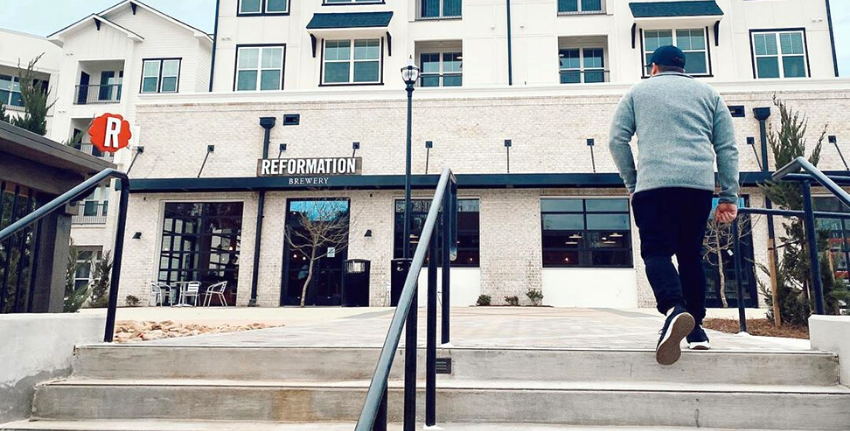 End your tour of Cobb County’s craft breweries at Reformation Brewery at Eddy’s Landing. Reformation started in Woodstock, Ga. and has become so popular that the owners opened two satellite locations, including one in Smyrna. Check out their most popular brews like “Cadence,” “Jude,” or “Declaration” while enjoying the view overlooking the Chattahoochee River. 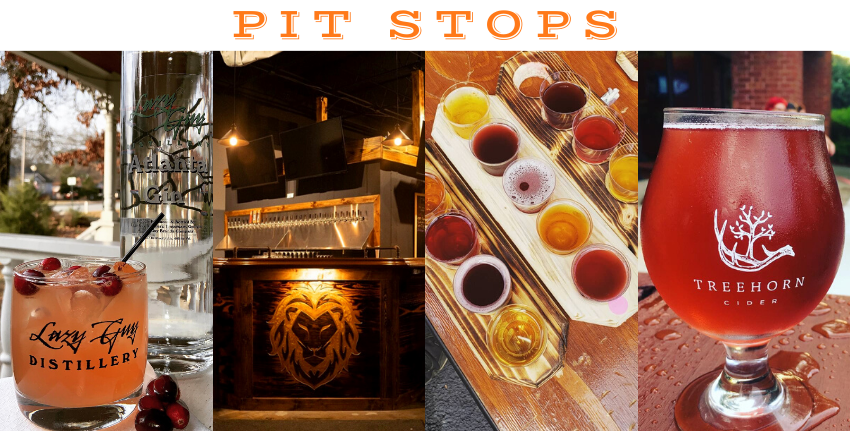 Looking for more craft beverage facilities to explore? Cobb has you covered. Downtown Kennesaw’s best kept secret is an award-winning distillery hidden behind the façade of an unassuming home dating back to the 1800s. Mosey into Lazy Guy Distillery’s tasting room and choose from 150 different cocktail creations! Hours are limited so be sure to check their hours of operation before heading out.

While making your way through Marietta, you may want to try some new spirits! Mead (alcohol brewed from honey) is available from two local producers- Shezmu Cellars and Viking Alchemist Meadery. Shezmu Cellars produces their own variations of extra dry mead while also serving beer and wine from other local producers. Viking Alchemist Meadery uses all local ingredients to create their vast variations of flavors. For the third year running, their amaretto flavored mead, “Bliss,” has been voted Best Mead in Georgia in the Georgia Trustees Wine & Spirits Challenge!

Treehorn Cider is a favorite for craft beverage lovers with gluten free dietary restrictions or those who simply want to shake up their brewtinerary! This popular beer alternative is available at the Treehorn Taproom in Marietta. Try their year-round “Treehorn Dry Cider” or one of their many seasonal concoctions.